Blockchain as a Project Management Platform 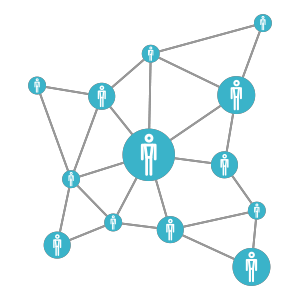 In March this year, the Russian government-owned bank VEB announced that they are planning to implement blockchain technology regarding project management. In February, the CEO of Russia’s largest bank Sberbank issued a statement that they are implementing blockchain within 2 to 2-1/2 years, indicating that commercial applications of the technology will be visible by the end of 2019.

But as early as June 2016, the Bank of Russia has already announced the development of a technical prototype that uses blockchain along with Ethereum for messaging between Russian banks. All these confirm the announcement of the Russian government to legalize and regulate blockchain technology soon. It is evident that not only private companies but also government-owned institutions are betting on blockchain technology.

Why Does Blockchain Matter?

When Bitcoin was introduced in 2008/2009, people learned that it uses a specific blockchain implementation to achieve its purpose. Visionaries saw that apart from the cryptocurrency Bitcoin, blockchain technology itself can be applied to many applications that will solve problems today. For instance, this distributed/decentralized ledger technology can provide tamper-proof record of transaction data, regardless of transaction type. Transaction type can be anything from a purchase or payment, a transfer of funds, or a completion of a task, milestone, or project.

An Ecosystem of Trust

On a higher view, blockchain technology lays the foundation of and facilitates a network that is based on trust. If it can work for the Bitcoin public ecosystem, where anybody can write to its blockchain, and be without any centralized power, how much more in a private network. The technology can be implemented where those only allowed to write on the blockchain, or participants, are known and trusted by all. It can be implemented within an industry, or among affiliates and subsidiaries of a parent holding company, or between clients, providers and their partners.

The CEO of VEB was asked why they considered blockchain technology for their project management platform. He explained that when they were thinking about how to manage their projects efficiently, they saw no other feasible platform. But they saw the blockchain as a good fundamental and qualitative platform that can serve them even unto the future. They see its potential in improving the quality of governance and minimizing bureaucracy.

According to experts, blockchain technology is an effective PM platform not only because of its technical superiority. Technically, it is redundant, resilient, secure in such a way that any attempt to tamper with it will be very costly, and will always promote trustworthy data. But it is also effective because it enables superior operational workflow. Implementing a blockchain-based project will create business value. It will result in time-saving, cost removal, and risk reduction. When time, cost, and risk are the concerns, who else but the project manager is the ideal person to manage these.

The Role of the Project Manager

Project managers can use blockchain technology to provide a solution to a number of knowledge/problem domains they are responsible for. For example, in setting up the private blockchain network, the project manager is the expert in communicating with all participants in order to define requirements, scope, budget, deadlines, and deliverables that the blockchain will identify, verify, and validate as transactions. The technology can help simplify any issues that involve reconciliation, arbitration and intermediation. But it will always be the project manager who can talk with any person regarding their concerns and provide the needed explanations. And in the end, it is the project manager who delivers the news that the project has been completed, and that the customers are happy.