Ever heard of words like Agile, Scrum and Extreme Programming and you didn’t know what they mean? In the following article we are going to briefly examine the various software development methodologies that are used with a brief reference to some methodologies that were used in the past. 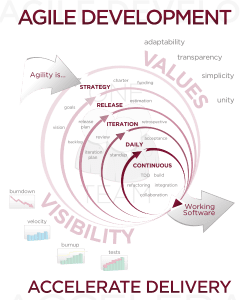 In order to develop software systems that are capable to change and satisfy continuous requirements, a ‘quick’ approach had to be defined. In the late 80s the RAD (Rapid Application Development) was developed that was an approach of developing systems ‘quickly’ (we need it now and we need it quick). The spiral (link to Wikipedia) system developing lifecycle is used for most part of the system (quickly developing prototypes and adding to them). However, latest, the term ‘RAD’ has been dropped and has been replaced by the word ‘Agile’ to represent better the intention of the project (a project must be ‘agile’). In ‘Agile’ projects, the system is divided and developed in parts and requirements can change anytime. Generally, Agile does not include a specific set of rules, but a ‘guideline’ to building ‘agile’ projects.

An Agile approach for software development is Scrum. Scrum includes roles and fixed duration meetings. If you ever get involved in a Scrum project you have to be prepared for the following:

Generally Scrum can be considered as a set of timeboxed (fixed duration) actions (meetings and sprints) using the following artifacts: 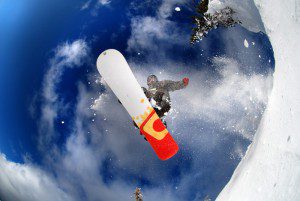 The four main tasks that are involved in extreme programming are:

Unit testing is used heavily in XP in order to ensure quality and unlike Scrum there are no specific set of timebox rules.

Rational Unified Process was developed from IBM in order to satisfy modern software projects. It does not include a set of strict rules but an adoptable framework that can be used on the whole or partly according to the organization’s needs. In other words, an organization can use any specific building blocks of Rational Unified Process (RUP) that it thinks might suit its needs.

The RUP defines the following:

and follows the following practices: