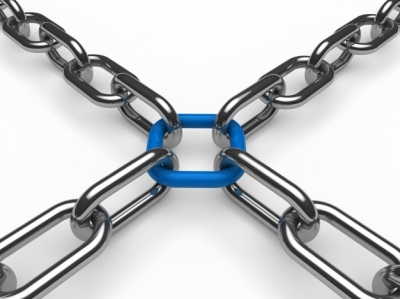 In 2016, the World Economic Forum listed the blockchain as an emerging technology. Blockchain technology was introduced when Bitcoin, a virtual currency was invented in 2008. The Bitcoin blockchain is different and complex because of its dual aim. First, anyone should be able to write to the blockchain; and second, there should not be any centralized power or control. Because of these aims, the Bitcoin blockchain is unique in how data is stored and distributed, how conflicts are resolved, how upgrades to the code are made, and so on. However, blockchain technology can be separated from Bitcoin and applied in many other ways. It may seem at first that the blockchain application is only for banking and financial services. However, it has gone beyond these.

Industries that Blockchain Technology will Impact

Blockchain technology has been evolving ever since the invention of Bitcoin. Outside of Bitcoin, experts see innovation happening in the areas of interorganizational cooperation, smart contracts based on the Ethereum platform, ‚Äòproof of stake’ security, and even blockchain scaling. Below are five industries which the blockchain will affect and create impact on, and many more are likely to be included.

Banking and Payments ‚Äì Blockchain technology enables virtual currencies like Bitcoin to be used by people who do not have access to traditional banks. Thus, they will be able to send money across borders with lower fees in the absence of middlemen.

Information Security ‚Äì The Bitcoin blockchain is a distributed public ledger with a very strong data verification and encryption system. It has made it very difficult and costly for people with ill intentions to corrupt the blockchain. It is inherent in the system and the network to remain honest and its data trustworthy.

Supply Chain Management ‚Äì Blockchain technology is an effective way to carry transactions that are documented in a decentralized and transparent record. The network itself monitors its security. It can also contain data that monitors costs, labor, and wastes at every point in the supply chain, providing reliable metrics.

The Internet of Things ‚Äì The blockchain’s decentralized database seems ideal in the network of IoT. In 2016, Samsung and IBM released a proof of concept that will use a similar public ledger for a large number of devices. Devices will be able to communicate to each other directly, to upgrade software, manage bugs, monitor energy usage, and the like.

Insurance ‚Äì Blockchain technology is effective in verifying data, and this can be used by the insurance industry. The insurance market is based on trust management. With the ability to handle real-time data, it can be used to manage smart contracts.

The Need for Project Management

Cryptocurrencies and blockchain technology are disrupting industries because of new possibilities to accomplish tasks, engage people and do business. However, no matter the degree of automation inherent in a technology, it will always be people who will initiate because of personal needs or business requirements. And during the project initiation phase, the most crucial phase in the project lifecycle, it will be the project manager, along with the client and other stakeholders, who will define objectives, scope, purpose and deliverables.