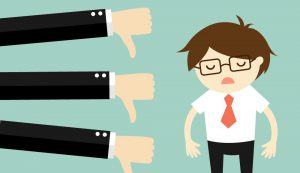 We’re all familiar with best practices. It’s a phrase used frequently in business to categorically lump together bench-marking and implementation techniques that work well for other companies or industries to bring them into your organization. I’m not sure who judges a practice to be the best, but there sure are a lot of them out there.

We’re going to ski down a different slope and look at the Top 10 WORST Practices that a project manager can do or get involved in. Again, I am unaware of who deems these to be the worst but I’m sure you’ll be able to relate as you read down the list. With no further ado, and in no particular order, here they are.

1. Not Having a Project Management Certification

PMP certified project managers make on average $10,000 more per year than their non-certified counterparts. That’s an additional quarter million dollars if you’re a project manager for 25 years! If you are interested in a PMP certification we have done a review of Master of Project Academy.

2. Not Keeping Up with Your Project Management Certifications

We all need to trust our peers. Otherwise, everything would be micromanaged, everyone would go crazy, and nothing would get done. However, there is a certain amount of verification that needs to go along with that level of trust. There is nothing wrong with following up on someone that said they completed a particular task or activity. Ask them to show you how something works, or ask the next person who received the deliverable how things are going. There’s nothing worse than getting to the end of a project and realizing something basic and simple was missed earlier. One simple item can create a lot of delays and issues when discovered late. Keep focused on how things progress throughout the entire duration of the project. Your team will appreciate your level of concern and interest.

4. Forwarding an E-Mail to the Wrong People

This is a classic mistake that can negatively impact a project manager’s career. I’ve seen it happen so many times that it’s not funny. A project manager is putting together a summary of the project in an email in which he includes a reference to a 3rd party vendor who is working along with the client and your company. He feels as if this 3rd party is looking to take away business from your company by making you look bad so the project manager needs to do everything within his power to make sure this doesn’t happen.

This is all pretty routine stuff for an email that will be sent internally. The problem is he includes the client as well as the 3rd party vendor in the email! Get ready for some serious backpedaling. I’ve seen project managers forward entire cost / fee budgets to clients by mistake.

I think the biggest email faux pas I have ever seen has come from an HR manager who inadvertently forwarded the entire companies payroll figures to all the employees! Plus, there were notations that indicated which people were no longer going to be with the company within the next month. Ouch! Be extremely careful with your email. Watch that auto-fill feature because it can quickly turn to auto-kill…as in automatically kill your career as a project manager.

5. Not Taking Someone to the Solution of Their Problem

Don’t you hate it when you ask someone at a grocery store where to find something and all they do is point in a general direction? Great. What I’m looking for is somewhere in the back half of the store which is the size of a football field. What kind of help is that? We are all guilty of giving sweeping generalizations as project managers when someone comes and asks us a question. We may have the answer but we say we’re not sure because we think it will take too long to explain. Or, we send them down the hall to talk to someone else to get them out of our office. Or, we point in a general direction and tell them the answer is over there somewhere. Next time, take them to the answer of their problem. They’ll appreciate the extra time you spent taking them not only to the right aisle but to the exact shelf.

Some project managers fall into the trap of thinking that if someone wants to know something they will come and ask, or that it’s not their job to tell someone about the project before they ask. That should never be the case, especially if a client is involved. You need to get to the point where you anticipate their questions and then answer them before they come up. For example, a client should never have to call in and ask about the status of their project. You should have meetings and processes set up that will keep them informed of the project’s status.

I’ve worked with a lot of people over the years and one of my favorites was an SVP (Senior Vice President) who often said, “Just don’t go dark on me.” He didn’t care what I was doing or where I was doing it, as long as I was 100% available when he needed me. This is especially important if you are fortunate enough to work remotely or on-site with a client. I’ve seen some remote resources and even project managers be unreachable for days at a time! Who does that?? Totally unacceptable.

Once I overheard a memorable conversation between two DBAs (Database Administrator) who each made well over six figures. They were complaining in the lunchroom about the sodas being $1.75 ever since the owner’s kids took over the vending machines. The owner had given his kids oversight of the vending machines to teach them business skills, and the first thing they did was jack up the price of a soda from .50 to $1.75. Sure, the kids had a lot to learn, but these two guys were seriously upset and whining about the situation. They were not doing any favors for themselves.

Sometimes we do the same thing as a project manager, we whine about small things on our projects. These small things really don’t make that big of a difference, or there are plenty of other options available, like bringing in your own soda. Complaining makes you look bad and sets a terrible example for your team.

Is your company doing something that’s dumb? Is there a system in place that just doesn’t work right? Do you resign yourself to believing that it is what it is? A better approach is to say “Yes, that’s the way it is currently. However, if we make just a few minor adjustments we can make it a whole lot better in just a couple of weeks.” Don’t settle for something that’s broken and don’t assume it has to stay that way. Always look for opportunities to make things better.

The types of phrases that should never come out of a project manager’s mouth are, “It’s not my job” or its close relative, “That’s above my pay grade.” These comments frame you as being victimized and helpless, and certainly communicate a weak, and perhaps lazy, mentality that there’s nothing you can do about the situation. To throw your hands up in the air and say, “Oh well” is nothing short of apathetic. A project manager should never claim or give the impression of being apathetic or helpless, especially if it affects the successful outcome of a project. Everything is your job until your project is done. This may mean that there are decisions that need to be made that you can’t make on your own, but, you better be involved in facilitating and expediting those conversations and decisions.

I’m sure there are many more practices that could make this list, but these are enough for now. I’d love to hear the worst practices you’ve ever seen!

This article was provided by Gulit Upadhyay, a Sr. Digital Marketer at ProductDossier.com, a company dedicated to providing great project management software so that you achieve business excellence.