How IoT will Change Project Management 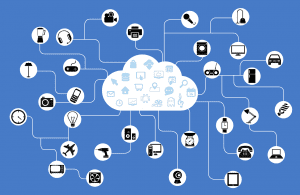 Technology is advancing at a lightning speed. The changes are not only fast but radical as well. They are in fact becoming a necessity rather than a luxury. People all over the world are using the internet for one purpose or the other. And now its usage and scale have increased so much that even a day without internet is unfathomable.

IoT or the Internet of Things is the next big step in the technological advancement of mankind. Speaking in layman terms, IoT is the idea of fundamentally linking any gadget that has an on and off switch to either the internet, to each other or a combination thereof.

Essentially speaking, IoT is an architectural framework which is embedded with sensors, programming, requisite hardware etc. This permits the connected devices to collate and exchange information and thereby making them responsive. It is a combination of physical and virtual structures between the real world appliances and the computer systems over the active network infrastructure.

In short, IoT allows remote controlling of objects and devices across the prevalent infrastructure of networks.

Today, Internet of Things might just be an evolving concept that is still in its developmental stage and hence has no major impact on the way projects are handled. But things will soon have to change because it is believed that IoT will grow to 50 billion devices by 2020, which is not too far away in the future. So let us study how it will change the face of Project Management.

With IoT coming into the picture there is going to be a dramatic change in the handling of projects. This is because everything is now going to be enabled with the internet. As a direct result, the management will now be required to have a better hold on research and development which, as it is, can be quite vague and imprecise if not handled properly.

Ageer is a Digital Marketing Manager and a professional Blogger. He mostly writes about Marketing and Business development. Tweet him @NagarjunaAgeer or drop him a message.