Freshdesk realizes the need to make helpdesks accessible anywhere, anytime. In the past, helpdesks were impossible to use without training, and they were only accessible during work hours. But, in the modern times, where technology has grown by leaps and bounds, support needs to be provided 24/7. In this release, Freshdesk have introduced an iPad application as well as redesigned their Android application, allowing support reps to be connected all the time.

For support representatives, efficiency is key, and it can prove to be very difficult if you are working on a tiny mobile screen, as you need to constantly keep zooming in and out, which can cause productivity to suffer big time. This can be frustrating and difficult, as a support rep, you need to be providing answers as quickly as possible. On the go, it can be cumbersome to whip out your laptop or work on a tiny screen all the time. Due to this, Freshdesk have released an iPad app, which makes it easier to provide support due to the large screen and portability. 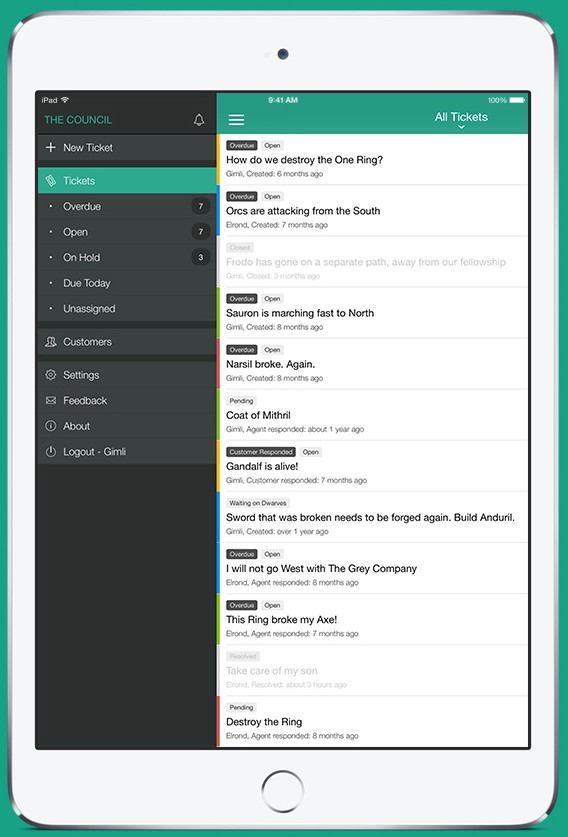 The Freshdesk iPad app is available for free at the App Store. So if you have an iPad (retina or other), grab it for free. Here are some of the ways in which the app can make your life much easier.

Freshdesk didn’t want to leave its Android users behind, so they rolled out a complete makeover for their Android application in the latest update. The new app conforms to the Material Design, so it feels much more smooth and slick. The new app has a pretty clean interface, making the task of managing and reading tickets much simpler and faster.

The most notable addition in the new app is a floating button that is always present on every screen, and performs a bunch of actions depending on the specific screen you are on. If you are on the social tab, the button allows you to post a new tweet from any of the linked accounts. On the phone tab, the button whips out the dialer to call a customer. On the tickets tab, the buttons presents an option to reply, forward or add a note to the ticket.

Freshdesk have also released a guide to make it easier to switch to the new Android app. However, if you’ve been using the app for some time, it won’t be too difficult for you to switch over to the new one. The following video demonstrates everything you can do with the new app.

The new app is available for devices running Android 4.0 or higher. However, Freshdesk will continue to provide support for apps running on devices lower than Android 4.0. Freshdesk is continually rolling out new and improved features, which makes it difficult to provide support for older versions. For more information on the latest news and updates, visit their social media pages: Facebook, Twitter, Google+, YouTube or LinkedIn.