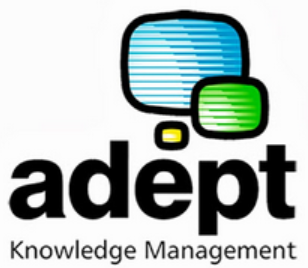 The AdeptKnowledge YouTube channel is a part of a bigger knowledge repository, which is their website adept-knowledge.com. The parent company is based in Scotland, and focuses on providing knowledge about project management to the people. There are 13 videos on the channel, mostly focusing on analysis techniques, along with basics of Project Management. The channel currently boasts 400 subscribers and around 87,000 views since joining in August 2011.

The AdeptKnowledge YouTube channel has 13 videos, with their length ranging from 1 to 8 minutes. Generically, the videos can be divided into two parts: Analysis videos and Project Management training videos. The analysis videos include the Critical Path Analysis, Float Trend Analyis, and Earned Value Analysis, and are presented by Colin Balchin. These videos are further divided into several sub-parts. Secondly, the project management tutorial videos are presented by Ian Bell, and are covered in a single video. Both kinds of videos generally have the instructor presenting the idea with the help of a white board.

The most popular video on the AdeptKnowledge YouTube channel is titled ‘What makes a good Project Manager?’. It was uploaded almost two-and-a-half years ago in August 2011, and has garnered around 32,000 views since. The video is approximately 3 minutes long, and has a voice-over of Ian Bell. He uses a white board while presenting, and delivers his knowledge regarding project management. Although he agrees with a wide consensus among people that project managers are born rather than trained, and that some people are naturally better at managing than others, he believes that a manager can certainly do better if he can get the team he’s got to focus on their task. Similarly, he thinks that to be a good project manager, a person needs to have the required knowledge like Critical Path Analysis and Float Trend Analysis.

The video titles ‘Float Trend Analysis – Pt. 2’ is the most recently uploaded PM video, although it was uploaded quite some time ago, in April 2013. As can be understood by the title, the video is a subpart of a multi-part video, that focuses on the topic of Float Trend Analysis. The video has a runtime of around 3 minutes, and it has close to 260 views to date. The video is presented by Colin Balchin, who is the director of Project Management at AdeptKnowledge. He delivers the knowledge about Float Trend Analysis expertly, with a practical example, and solves it on the white board.

The AdeptKnowledge YouTube channel has a total of 13 videos, so it is not divided into playlists. A featured video on the page is the tutorial on Earned Value Analysis. The video is the first part of a 4-part tutorial on Earned Value Analysis. It is presented by Colin Balchin, and has a runtime of almost 4 minutes. It was the first video uploaded since the inception of their YouTube channel back in August 2011, and it has garnered around 13,000 views till now. Other featured videos include similar training sessions on value analysis videos, as well as project management tutorials.