What to do When a Member of Your Team has a Destructive Behavior? 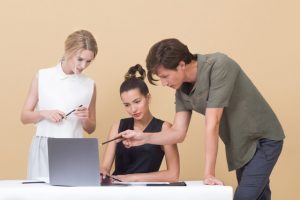 Working in teams is generally considered to be an organic part of any workplace. Through teams, staff can improve communication between members and generate ideas that individuals would have taken longer to come up with. Even though working in groups is supposed to encourage consensus and reduce arguments and clashes between staff, teams can be toxic if destructive behaviors from some members are not checked.

Destructive behavior can be described as an attitude exhibited by people with certain personality types that eventually turns the team toxic and diminishes the capacity of the group to work together as a unit.

Virtually every workplace has at least a couple of people who are inclined towards some form of destructive behavior. It could be the employee who is a procrastinator who is constantly telling everyone how to do their jobs while their project is still incomplete. Or it could be an employee that is constantly turning everything into a joke, thereby irritating other members of the team.

The following are some of the partners of behavior that could prove toxic to the team and the organization.

How Destructive Behavior Affects the Team

What to Do About Destructive Behavior

Early detection and training are particularly important in eliminating the risks associated with destructive behaviors. Frustrations tend to increase within the team when it takes too long to address issues related to a staff who is accused of harassment or bullying. The organization needs to have clear communications and a clear policy on what to do when these issues arise including helping staff members get help at luxury treatment centers for some of the destructive behaviors they may have.

Patrick Bailey
Patrick Bailey is a professional writer mainly in the fields of mental health, addiction, and living in recovery. He attempts to stay on top of the latest news in the addiction and the mental health world and enjoy writing about these topics to break the stigma associated with them.