Things to Know About the True Cost of PMP Certification 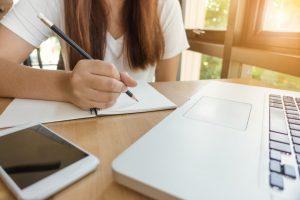 As previously stated, the PMP exam fee is nothing to sneeze at. The exam can be taken as a computer-based test (CBT) or paper-based test (PBT), but the fee is the same. $555. You may take the PMP exam 3 times in total if you don’t pass the first time, but subsequent attempts have a cost of their own: $375 per re-examination.

You can save some money on testing by becoming a PMI member, but that comes with its own costs.

However, PMI members can download the PMBOK handbook for free, whereas those without membership will have to pay upwards of $50 on Amazon.

But let’s back up. Before taking the PMP exam, you’ll first have to complete about 35 hours of training. There are a few ways to do this. Some choose a classroom or instructor-led setting, while others take online courses. There’s also a variety of prices here. Classroom training itself vastly varies, from as little as $200 to as much as $2,500. Instructor-led courses range from about one to two thousand. Online courses are the most affordable, rarely costing more than $500.

The PMBOK is one thing. You may also want to invest in additional study guides and resources. These books will help you focus on what’s important for the PMP exam, and what you’ll need to carry with you into your career. They, too, come at a cost, ranging from $40-100. In addition, there are practice tests available that can strengthen your chances of knowing what to expect from your PMP exam and how to best pass it. These also vary in cost, from about $60-100.

Besides all this, consider your study supplies. This could be flashcards, guides, highlighters, notes…or a software program that offers all the same results. These will be among the most affordable elements of your total cost, but they are a component and one that shouldn’t be forgotten when budgeting for your PMP certification.

Passed the PMP exam and got your PMP certification? Great! But that’s not where the expenses end. You also have to have your credentials renewed every three years, and without renewed credentials, your passed PMP exam won’t get you very far. So every three years, you’ll have to pay a $150 renewal fee in order to stay current.

In order to maintain your certification, you also have to attend 60 professional development units (PDU) every three years. A PDU amounts to about one hour, whether at a lecture at a PMI conference, in a classroom, or using an online training program. The more affordable options are podcasts, webinars, and the like, which can range from about $25-100 per PDU. All told, you could pay about $3,000 per year in order to maintain your PMP certification.

None of this is to say that a PMP certification isn’t worth it. While there is some discussion of whether or not a PMP certification is right for everyone, there’s no denying that it can give you a boost on the job market, and ensure that you’re paid competitively. A PMP certification easily makes you a desirable candidate to businesses in need of project managers. PMI membership, for its costs, also offers invaluable resources that set PMPs up for success. Rather, in conclusion, you should know the full cost of the endeavor for a PMP certification before you move forward. This way, you can budget properly and won’t be surprised.

Christine is an assistant for EdWel Programs, a leading provider for PMP Exam Prep and risk management training since 2002.