Stepping Up During Unforeseen Situations in Project Management 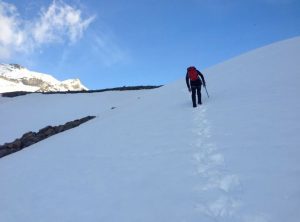 Most of the time a Project manager’s day may not go as planned. He could face various unexpected situations – a team member gone on sick leave, a critical issue needs to be fixed, ad hoc meetings to attend, an urgent report to prepare and the list can go on. Each day has its own challenges and opportunities which makes the Project manager’s job interesting. In all the above-mentioned circumstances the Project manager is expected to perform his role well. In this post let’s review a simple case study which highlights dealing with such a situation.

Param Singh, a Project manager, is all set for the launch of his project. Just hours before the launch he receives a mail from his release manager communicating that all deployments planned for that day has been canceled due to a production instability and the revised dates would be communicated soon. Boom! Param now has to replan the deployment. Even though his project included only low complex changes it definitely required replanning. Param had to act fast as the Business users were to be on-boarded within two week’s time. As it was a compliance project he couldn’t extend the dates of user onboarding. The next release window was three weeks away.

He came up with the options. The first option was to take an exception route and deploy the changes as an off block release i.e. outside his segment release calendar and the second option was to convince his Business stakeholders on the revised date on deployment (in three weeks). Param decided to go for the first option.

He prepared his case, tabled the exception and got the approvals for an off window release. Param’s project was successfully delivered and users were on-boarded as per plan.

In the above case, things did not go as planned but Param successfully managed it. Let’s review some pointers for Project managers when faced with such situations.

Rise up to the situation

Unexpected scenarios can pop up any time during the project life cycle and it is important the Project manager is flexible to adjust and handle it. In an interview, Oliver Lehmann author of the book Situational Project Management the dynamics of success and failure, says “I think project management is situational. Most of us do this somehow. They are not doing this methodologically. They do it by inspiration and by emotions and by feelings and by experience and all those things, by instinct maybe, all the things that drive project managers and they know they have to adjust to given situations. ” Project managers need to take care not to arrive with any knee-jerk reactions but instead rise up to lead the situation with a clear mindset.

Not losing your cool

It is very important for the Project manager to stay calm when situations arise unexpectedly else it can get extremely chaotic. He should be mature enough to understand that having the right mindset will help him to have better control over things. Coming up with answers to questions, having an open and transparent discussion with seniors, taking help from subordinates and effective communication will help the Project manager to assess and take the right decision.

Having the right attitude

Having the right attitude is very important for a Project manager to be successful. Cribbing about work, complaining when faced with unforeseen situations will not help in the long run in a Project manager’s career. Considering each opportunity as a learning will improve expertise and enable the Project manager to engage and influence people thereby resulting in better collaboration and team support.

Reshmi is an IT Program Manager with 15+ years of experience. She is certified in PMP, CSM, DevOps, SaFeAgile, COBIT, ITIL and ISTQB. She has been published on Projectmanagement.com, Projectmanage.com, Ezinearticles.com and several of the India print media.