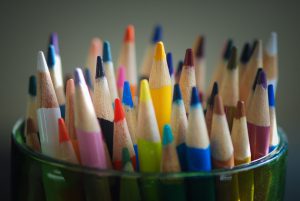 The Digital Age may have helped to erase national boundaries but arguably it has brought cultural boundaries into even sharper relief, as people can now interact so much more directly and easily.

The differences in viewpoint and approach between cultures are what make good multi-cultural teams so valuable. The combination of different viewpoints often leads to new, innovative solutions. They are also a recipe for confusion and frustration if not carefully managed.

Cross-cultural project management requires a clear understanding of the different ways that people communicate and the steps that can be taken to minimize the inevitable miscommunications that this will bring.

Where two people speak the same language there is huge potential for misunderstandings. As Churchill famously said, “The UK and America are two countries separated by a common language. “.

The potential for misunderstandings and miscommunication increases exponentially where one or more of the participants isn’t working in their first language so lets look at how we can avoid it.

1. Decide On A Project Language Upfront.

Upfront you will need to decide what the default language for communications will be. This doesn’t mean that communication in small groups can’t be in another language but it sets s standard for documentation and larger group interactions.

Generally English is the language of international business given how many people have it as a second language, however that obviously doesn’t have to be the case.

Team members will then need to be assessed in part on their ability to either speak that language or learn that language so that they can engage with the balance of the project team. You will probably want to consider language training where key members of your team don’t speak the project language well on longer projects.

2. The Ability To Communicate Clearly Has To Be A Key Deliverable

All team members need to be mindful of the situation and be respectful of other team members. This is especially the case where one team member is a native speaker of the project language and so could be tempted to ‚Äòblame’ the person not working in their native language for not understanding.

Encourage everyone to communicate in short clear sentences, and discourage, as much as possible, the use of idiom, slang or words with multiple meanings. It can be helpful to point team members towards useful web articles.

Written documents allow recipients to review information at their own pace. They can also translate the document into their own language if they wish. Encourage the use of more written communication then you normally would.

In order to flush out miscommunications upfront confirmatory questions should become the norm for cross-cultural projects. This means asking people to run through their understanding of what has just been agreed in a meeting, rather than simply asking them if they’re happy or if they understand, which they can easily answer ‚ÄòYes’ to regardless of their level of understanding.

Also emphasize that multiple, clarifying questions are to be welcomed and a part of good process to head off miscommunications before they become bigger issues.

5. Encourage The Use Of Visual Aids Where Possible

A picture says a thousand words in any language. Encourage people to present graphically as much as possible as this is less open to misinterpretation.

Make sure that all members of the team know and understand how to use your project planning tool, even if to a relatively basic level. Spending a little time and money on an online training course ( Eg Lynda.com or similar) will ensure that timelines, resources and constraints can be communicated clearly.

If you don’t have budget for that, assign other team members to help them and ask that they review some relevant web articles. This will usually allow them to ‚Äòread’ and understand the project plan, even if they can’t update the plan.

Create picture boards and dictionaries of commonly utilized terms (these dictionaries may vary significantly from industry to industry) that a confused team member can rely on when they are confused.

All projects suffer miscommunications, and cross-cultural ones more than usual. Hopefully these tips will help you to minimize them on your next one.

Ben Richardson runs Acuity Training, an IT training business offering classroom courses in London and Guildford, Surrey. A leading provider of MS Project training the UK, it offers a full range of Project courses, from introductory courses through to advanced.