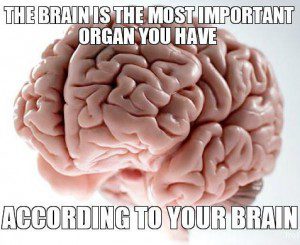 We all would like to think that we are able to make objective and rational decisions all of the time. But the fact is, that under certain circumstances, almost anyone can become biased in their thinking and decision making.

A good example of this is when emotions are involved. Rarely are good decisions made when we are angry and it’s hard to be fair anytime the situation involves a loved one. However, these biases that stem from strong emotions are easy to spot. In these situations we are often able to take appropriate action such as trying to cool down if we’re angry or let someone else judge a decision if it involves a family member. At the very least, the possibility of bias itself can be noted and acknowledged.

What is less obvious are biases in thinking that are not primarily caused by emotions but instead by human psychology, a cognitive bias.

Cognitive bias is defined as, ‚Äòa systematic pattern of deviation from norm or rationality in judgment, whereby inferences about other people and situations may be drawn in an illogical fashion.’

In project management, it is estimated that 75% to 90% of the time is spent is on communication. That is a lot of time spent dealing primarily with your team members and major stakeholders. Therefore, it would be helpful to recognize how judgements and decisions can be be biased, under certain conditions, so that we may better deal with it. Here we discuss a few cognitive biases that you may encounter when managing your projects.

Planning Fallacy is the tendency to underestimate how long it will take to complete a certain task. This often happens during planning, when those who are going to do the actual work underestimates the time it will take to complete a task. Coupled by the pressure from sponsors to finish the project as soon as possible, is it any wonder why most project does not complete on time? Optimism and pressure from the management results in an unattainable datelines that will eventually lead to schedule delays. A better way to estimate how long a task will take is to look at similar projects from the past and see how long it took the team to complete the same task before.

When making decisions, people tend to hold on to the very first information that becomes available (anchor). Once an anchor is established, all subsequent decisions and negotiations will center and be informed by the initial suggestion. For example, when negotiating a price for a particular product or service, the first price to be suggested by either party will often set the tone of the whole negotiation. So knowing this, if the situation permits, always try to make the first offer when selling and suggest a starting point way above what you are willing to settle for. By anchoring a price in this way, it will be more likely that the final negotiated price won’t fall too far away from the one that you will be happy with.

Confirmation Bias is the tendency to search for or interpret information in a way that confirms one’s preconceptions. We tend to only look for things that confirm our beliefs and are often blinded by any information that does not fall in line with our preconceived view. By doing so, we become less objective to any information being presented. For example, if a stakeholder hears and believes unwarranted negative things about a project and has already developed his own preconceptions before even hearing a single project briefing, by the time the project is formally presented to him, he will most likely only see what he already believes, that the project is a waste of time, and not give it a fair evaluation. All the while not even aware of the fact that he is already biased to not liking the project.

The False Consensus Effect is a cognitive bias where a person tends to overestimate the extent in which others share their beliefs or opinions. For example, when conducting a project, you may feel that your project is an exciting one and is of great value. The false consensus effect will bias you into perceiving that others share your enthusiasm. If you are not aware of this tendency, you may overlook or not take the time to seriously gauge the actual attitudes and sentiment of your stakeholders towards your project. Never assume that everyone is onboard, always check to be sure. Being aware of this tendency will ensure that you secure buy-in from all your major stakeholders so that your project may run more smoothly.

Optimism Bias is the tendency for people to be overly optimistic about planned outcomes rather than believing that something negative will occur. Although it’s preferable to start out a project in an optimistic tone. Be aware that this should not blind us to the risks of things going wrong. Be careful not to brush off valid concerns made by the team members and try to plan accordingly for when things go wrong.

D√©formation Professionnelle is the tendency to view things in the context of one’s own profession or expertise. In the planning stage for example, it’s a good idea to get inputs from team members from all different disciplines to weigh in on any issues or problems regarding the project. This will ensure a more balanced view when planning ones project activities.
Nobody is perfect and everyone is bound to fall prey to these cognitive biases at one time or another. However, just being aware of these biases when thinking and making decisions is a big step in managing and guarding against them

Azhar Ashari is a certified project management practitioner and has been managing projects for close to 8 years. He is currently a Project Manager in Malaysia's national R&D centre, MIMOS Berhad.