Beyond the Project Manager – the Roles and Responsibilities within the Project 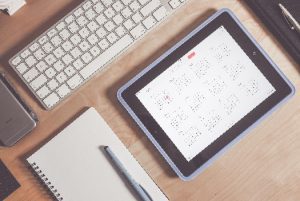 Effective Project Management requires an understanding of the roles and responsibilities outside those of the Project Manager themselves, or, in other words, a comprehensive understanding of the structure and dynamics within a working project. This article will outline a typical Project structure, and highlight the roles and direction of influence between the different agents involved.

Many parallels between the organisational structure of the workplace, and that of the Project, can be drawn. Like the workplace, it is crucial that with the Project, responsibility and authority are clearly defined from the outset. That is, there must be a clear understanding from all involved regarding reporting arrangements. Also like the workplace, a group of stakeholders will be defined, and the Project will work towards their needs. The Project require a certain level of management required to achieve a particular task, and will necessarily have a delegation of agents working together to achieve the Project objectives.

Appointed by the Corporate or Senior Management, the Sponsor or Project Executive represents the host organisation at the Project. Typically, their role will start before the Project begins, and continue after it ends. The Sponsor or Project Executive will usually be provided with the funds, and needs to be aware of the overall direction and strategy of the Project delivery. Generally, they are concerned with the business case for the Project, and will provide guidance to the Project Manager on objectives and priorities. Is crucial for making big decisions, and is usually more influential in the earlier stages of the Project.

The Project Manager musts have range of skills to plan and manage a project and lead the delivery team, including communication and negotiation skills; problem solving skills; the ability to focus on the detail.

The directions of influence within the Project usually fit in to a hierarchical structure similar to this. Of course, other actors and sub-hierarchies lie within the Project, and often Project direction becomes less of a “top-down ” instruction and more of a multi-directional conversation as the Project develops ‚Äì there is usually compromise throughout the Project. Nonetheless, effective Project Management will require an understanding of this likely structure, since delivery of the Project is accommodated by it.

Helena Vowles-Shorrock has written this article on behalf of the European Centre of Technology (ECT). The ECT promotes knowledge-sharing and best practice in Engineering, Management and Finance, with leading universities and the United Nations (UNEP), through professional Training Courses, Qualifications, Conferences and Publications. Helena works as a Marketing and Business Development Executive for the ECT.