7 Lessons to Learn from a Failed Project 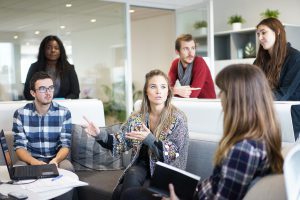 The primary goal of any project is that, in the end, it is a success. And while failure is never the desired outcome, it can offer an opportunity to learn lessons and improve techniques. Here are 7 lessons to learn from a failed project:

A project can fail for a variety of reasons, however, this does not mean that every aspect of the project must be changed. On the contrary, a failed project can also show which aspects did work as planned. Knowing which areas were a success will allow you determine the difference between those areas and the parts of the project that did not work so that adjustments can be made next time around.

Communicating with other team members when working on a project can be vital to its success. A lack of communication can lead to unwanted delays and an assortment of other problems. It is for this reason that the value of communication should be emphasized right from the start of any project.

It is no secret that having the proper strategy when taking on a project can be vital to its success. However, formulating a strategy does not ensure that the project will go off without a hitch. If a project has failed, analyze the original strategy and decide which steps contributed to the failure, then make the necessary adjustments.

One of the most beneficial aspects of having a project fail is the opportunity it allows for you to evaluate any weaknesses and determine what needs to be done to strengthen those areas. It can be wise to make a list of the perceived weak spots that showed through during the project and address each of those issues so that you will be better prepared next time around.

Everyone has their own set of talents, as well as areas where they are flawed, and these traits should be considered when taking on a project. Oftentimes a misappropriation of talent can lead to project failure, but this can be prevented. When you are creating a team for a project be sure to note the strengths of each member and apply those where they will benefit the group the most.

Depending on the scope of the project, the costs incurred could be significant. These costs can make the success of a project all the more critical, as a failed project will, most likely, mean a complete loss of funds. If a project has failed, this can help you to better prepare for the financial obstacles that will be met in future projects.

Setting goals that are unobtainable can cause those involved to become disheartened, which can lead to a lack of effort. When creating a plan for a project it is best to set goals that are lofty so that there is something to strive for, but at the same time, it is equally important to recognize if the goals are unachievable. There is a feeling of confidence that comes with accomplishing a goal and therefore setting goals that can be achieved can improve morale.

As it has been shown, there is a variety of things that can be learned from the failure of a project. A failed project can show flaws in the strategy, and also in personnel. In addition, lessons can be learned from the costs that are incurred from an unsuccessful project. If a project has failed, take some of these lessons into consideration, and the next time that failure could be a success.

Alyssa Magarey is a tech enthusiast working at Web24, which offers secure and reliable web hosting. She likes to be on top of the latest technology trends and test new gadgets.