The Dick Billows YouTube Channel is sponsored by Dick Billows, PMP, the President of 4PM.com. 4PM is a project management skills training and certification review company founded by Mr. Billows in 1986. It is a PMI Global Registered Education Provider that gives online instructor-led or in-person PM training. Its course material and reference books have been strictly reviewed and approved by the PMI. The Dick Billows channel started broadcasting in November 2006, has been subscribed 148 times and garnered over 18,000 views.

The Dick Billows channel has a collection of 40 videos. He described them as basic project “how-to’s ” that teach some of the fundamentals of project management. There are also videos on how to pass PM certification exams. Most of these videos are under 10 minutes that work like teasers to the full length courses provided by 4PM. However, there are also a few videos that run more or less than half an hour. Most videos show Mr. Billows speaking and giving a general description of what the videos are about. It is also noticeable that live people are usually involved in the videos rather than presentation slides or animated diagrams.

Among the videos in the Dick Billows channel is a compilation of six videos grouped in a playlist. They seem to have been grouped together because they presented examples of the worst scenarios that a project can have. Thus, the playlist was titled “project from hell. ” These videos discussed about work breakdown structure, project team conflict, and healthcare project essentials. 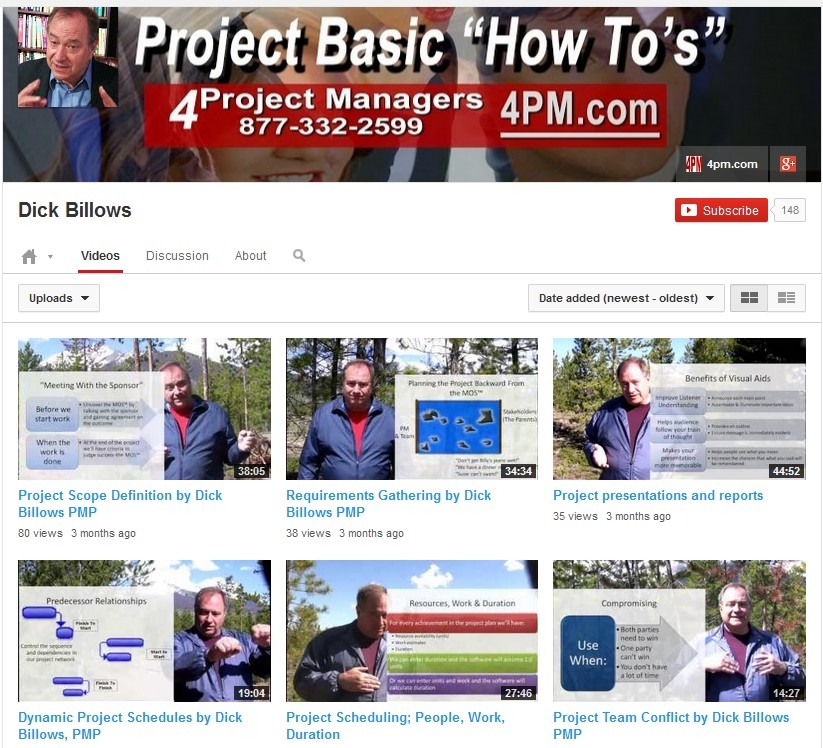