“So, you’re a Project Manager. What exactly do you do?”

Project Management culture is something experienced PMs often take for granted. Work in a large PM Centric organization for any amount of time and you’ll be spoiled forever. Organizational structure is well defined, terminology and tools are universal, and processes, oh! the PROCESSES! The world outside these companies is wild and fraught with danger for unwary PMs.

This is more about the “Us” than just me, though since I’m writing it, everything will be told from my perspective. The “Us” is the two humble PMs who sit back-to-back in our little office surrounded by whiteboards, Gantt charts and architectural plans. Early last year I started a new job as Project Manager at a small American company with no previous Project Management presence. The company builds recreational facilities all over the country and the awesome hardware that fills them. We were hired specifically to manage the development and construction of all their new locations across the country.

I was one of two new PMs. I had come from a background with 10 years of legal, tech and government work, multiple degrees, and with a two-year-old PMP certification under my belt. The other PM had no professional certifications, and no degrees, but 16 years of hands-on experience in managing construction projects. We were hired at the same time and put in an office and given a stack of projects to “do”. No need to tell you, this could have been a disastrous situation! Somehow the two of us were a perfectly matched pair of logic and passion, creativity and rationality. The PM version of Kirk and Spock, if you will. 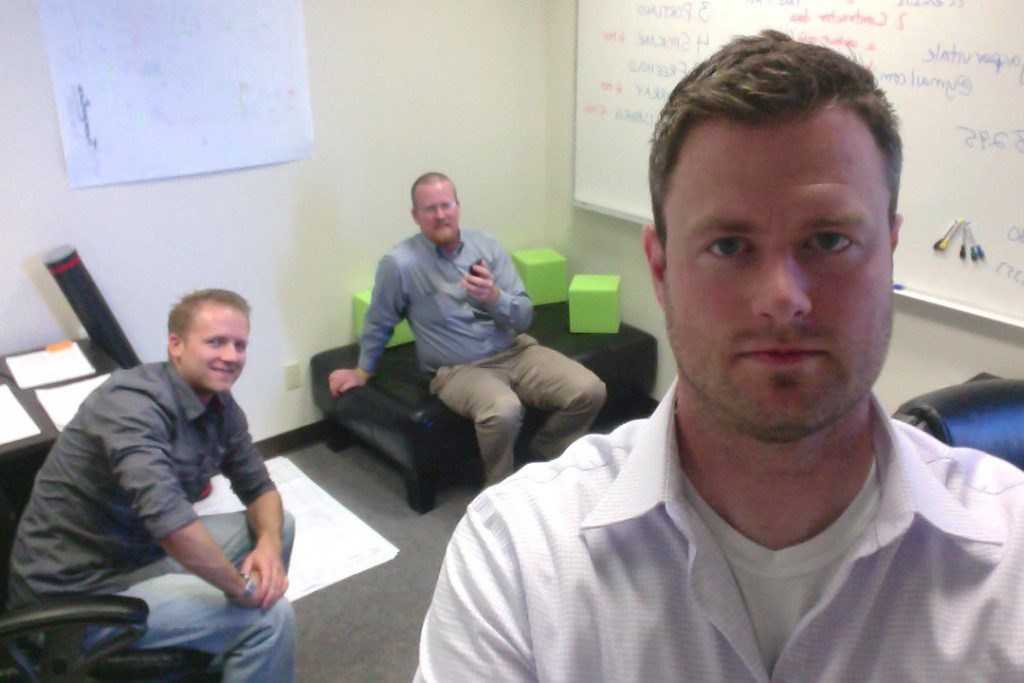 PMP Is Not Shorthand For “pimp”

No one in the building knew what the three little letters at the end of my name meant. PMP was a new and foreign concept to them. Some of the drafters in the design department joked that it was short for “pimp”[1]. My boss and my new office-mate knew what it stood for, but had no idea what it really meant. The countless hours of hard work, years of experience, academic qualifications and continuing education meant nothing to any of them. More importantly, most people in the company had no idea what my job really was. When being introduced to my new work-mates a common refrain was, “oh, Project Manager… so what exactly do you do???”

Our presence here was necessitated by the best of corporate problems: growth. This little company had gone from nothing to over 500 employees in just a couple years. They had manufacturing, sales, design, R&D. Everything in-house, and all of it was being managed haphazardly.

Until my arrival, projects had been managed directly by the ownership and department heads. But new projects were larger, more numerous, and more complex than they were able to manage and they were losing control of things. My new boss, young and inexperienced, had some academic exposure to Project Management and had convinced the owner of the company that what they needed were a few Project Managers. As the head of the Drafting Department, he was closest to the projects, their requirements and schedules and was the first to recognize the need for formal Project Management. By default, when they hired us, he became the head of our PMO.

William McKnight, the legendary Chairman of 3M, once said “If you have the right person on the right project, and they are absolutely dedicated to finding a solution – leave them alone. Tolerate their initiative and trust them.“[2] Now responsible for two departments, and largely overwhelmed by the needs of the drafting department alone, my new boss left us alone. Like, really, really alone. Like abandoned.

With no training, tools or other guidance we were each handed a shiny new MacBook and given an address. That’s it. No instructions. No goals. No timelines. No budgets. We were given some coordinates on a map and told, “We want a facility here and here!”. Left to our own devices we developed our own set of processes and protocols from scratch. Within a few weeks, we had secured leases, assembled a hardy team of architects, builders, lawyers and planners, and had meticulous schedules complete with a detailed Work Breakdown Structure. Soon, the company ownership gave us 14 more locations to start working. Our white-boards were suddenly very full!

[2] This is taken from a story about the man who invented Scotch Tape at 3M, Richard Drew, from Priceonomics.com. It’s a great read. You can find the article here: http://priceonomics.com/the-man-who-invented-scotch-tape/

James is a PMP certified Project Manager with 10 years of experience in real estate development, construction management, manufacturing, defense & technology. He has managed the development and construction of more than 1 Million square feet of commercial real estate. He has traveled extensively and is fluent in four languages.