Will Project Management Shift Due To Blockchain Technology? 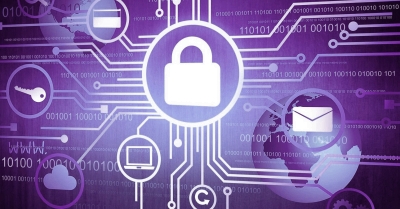 Project management has been around since ancient times, ever since people began managing resources, maintaining schedules, and coordinating tasks. Modern project management is said to have began in the 19th century in the time of Henry Gantt. In the recent years, the discipline has continued to evolve not only because of the nature of new projects, business landscape and client requirements, but also because of the development of new tools and technology and how it can take advantage of them. Even today, project management looks at new technologies with the greatest possible impact or disruption, and very prominent among these seems to be blockchain technology.

What is Blockchain Technology?

Blockchain technology was brought to surface by the gaining popularity of Bitcoin and other virtual currencies or cryptocurrencies. Bitcoins are like electronic cash that can be used to facilitate online payments without the governance of any geographically located financial institution. But also because of the intentional removal of a governing institution, a distributed/decentralized data infrastructure technology enables it to be securely tracked as it is used in transactions. This technology is called blockchain technology, and it is used not only for Bitcoin but also for other cryptocurrencies like Ethereum, Ripple, Litecoin, and others. Today, many believe that blockchain technology has many other applications, and among them in project management.

How Will It Impact Project Management?

Project management always involved resources. In an interconnected world where geographically distributed teams are growing in number, the possibility of a single global currency can impact project management in a good way. Comparison and standardization of rates among different teams will be easier. The instances of dealing with exchange rates and the incidents of fraud will be reduced.

Project documentation is essential in managing and delivering projects successfully. Project managers make sure that all essential information are captured and recorded. In times when issues arise, they refer back to documents to reconcile differences, stay on the same page, and get the project back on track. Blockchain technology is very effective in tracking transactional information for Bitcoins. That same technology can be used to automatically record information and provide a single source of truth where team members and stakeholders can always refer to, without a doubt, as the valid source of what actually happened. Tools or resources needed to facilitate validation, verification or reconciliation will no longer be needed. In addition, the technology is resilient because of its distributed replicated nature.

Some people say that 2017 is the year of the pilot for blockchain technology. That means that any time in the near future will be the year of production. Even today, people in the project management field are already thinking of using blockchain technology in smart contract applications. Smart contracts, or cryptocontracts, are programs that contain all information as in traditional contracts. However, they also contain rules and penalties, and can automatically enforce obligations without reference or influence from any geographic, political or legal jurisdiction. These smart contracts will be stored in blockchain technology, most likely within a private blockchain, where parties and participants are known and trusted.

Project management will be impacted by blockchain technology for sure. But by how much and how fast, only the coming days, or years, will tell. However, project leaders will surely take the initiative to determine its application and manage its impact rather than let the technology determine it for the PM profession. They say a tool is always only as effective as the person using it. Blockchain technology is redefining economies, according to financial experts. Therefore, project managers should prepare themselves to wield this powerful tool.