Traditional project management processes are founded on the presumption that a project can be planned down to the smallest detail, and that after the planning phase is complete, the project manager’s job is to execute the project in the order prescribed by the plan, without surprises. The reality of the modern world is quite different.

Anything that involves human beings working over a period of time with limited resources involves a certain amount of unpredictability, with things often occurring outside the expected order. Successful project managers intuitively understand this and are adept at adapting to events as they unfold. In other words, they understand how to make the most of a different kind of order.

In his 1907 book Creative Evolution, the French philosopher Henri Bergson investigated the nature of human creativity and its relation to order. According to Bergson, by “order ” we generally mean a mechanistic, predetermined, linear relationship between things. Event A leads to Event B; Event B leads to Event C; Event C leads to Event D; and so on, with no possibility of variation or adaptation. We also tend to consider creativity as something that arises only in a state of disorder—that is, when no type of order is evident. The free-thinking artist is a stereotype founded in this way of thinking. But Bergson argued that the disorder we associate with creativity is really just a different type of order.

Alexander Laufer has drawn some powerful insights on project management from Bergson’s work. Laufer summarized his ideas in Mastering the Leadership Role in Project Management:

Bergson claimed that there is no such thing as disorder, but rather two sorts of order: geometric and living order. While Bergson used “geometric order ” to refer to the traditional concept of order, he used “living order ” to refer to a phenomenon such as the creativity of an individual, a work of art, or the mess in [someone’s] office.

By contrast, living-order thinking recognizes that a system of things is always in the process of remaking itself, and that a system is always—at some level—in a state of uncertainty. In project management, this suggests that projects happen in dynamic environments, and that unexpected events should be considered part of a complex project’s life cycle. This is something that experienced project managers learn over time. But even inexperienced project managers can try to incorporate an understanding of living order into their work.

Figure 1 illustrates the characteristics of living and geometric order. 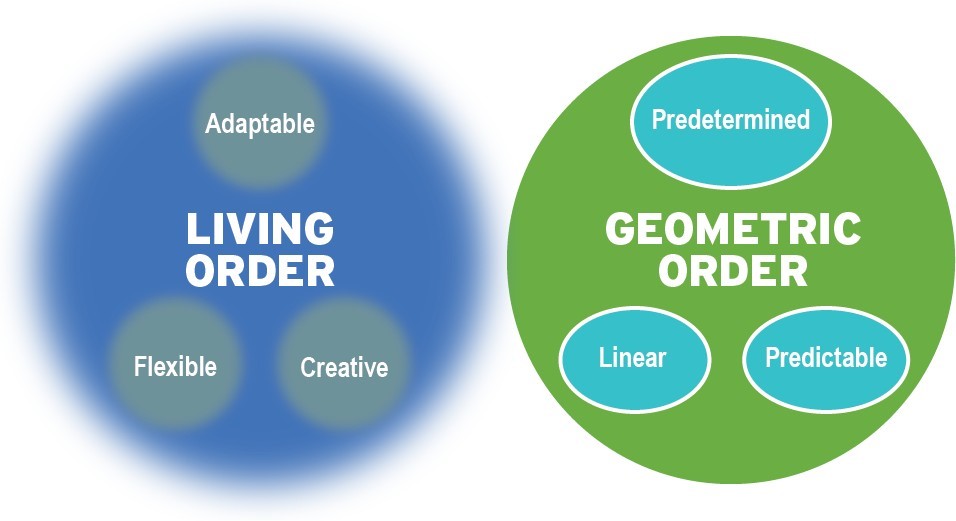 Keep in mind that a project can have qualities of both geometric and living order. Geometric order methods might be ideal in one situation, with living order methods more useful in another. For example, preparing a peanut butter sandwich for yourself for lunch, is a straight-forward, geometric order task. But contrast, preparing a five course meal for an unknown number of guests whose arrival time you won’t learn until a half hour before, using recipes you’ve never tried before, is a living order project.

Our new, free ebook, Technical Project Management in Living and Geometric Order, shows how to adapt time-tested project management techniques to living order realities. Here are a few practical tips to get you started: