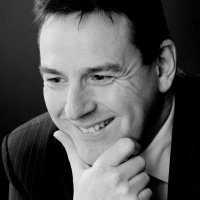 In 2008, a world-wide delivery Project Management organization called The Lazy Project Manager Ltd  launched numerous presentations, alternative project management development and training, executive coaching in sponsorship and project leadership,  etc. based on the unique approach known as The Art of Productive Laziness. ‘Productive Laziness’ is the concept based on the Pareto principle (also known as the 80, 20 rule), named after the Italian economist  Vilfredo Pareto, who noticed that 80% of property in Italy was owned by 20% of the Italian population. Applied in lazy project management where 20 percent produce 80 percent of the results, the power of the lazy management, advocating by Peter B. Taylor, can identify this 20 percents of resources.

Peter B. Taylor is an experienced Senior PMO Specialist, with the long-term experience in PMO development and leadership as well as in project management. He was trained in various project management methods and certified in PMP, ITPM, BIS, DSDM/RAD, CSIM, OPIM and PLM VDM. An accomplished author, communicator and leader, he published two best-selling books on ‘Productive Laziness’. His concept of ‘work smarter and not harder’ brought him more than 200 presentations throughout the world in the last 4 years in over 20 countries. He has been described as one of the most inspiring and entertaining speakers in the world of Project Management. He can be contacted through his LinkedIn profile.

As a PMO Leader, Peter B. Taylor successfully established two Project Management Offices, focusing on people, process, performance and promotion, and coached a third global PMO. Peter delivered PMO leadership workshops around the world, focusing on overcoming cultural barriers by providing a common framework for PMO reference. His aim is to teach people how to successfully build the best PMO that their organization really need. From his long-term experience with three Greenfield PMOs developed in the last 8 years, emerged his book Leading Successful PMOs, for which it has been said that he ‘breaks new ground in looking at the leadership of PMOs’.

Peter B. Taylor is the best-selling author and well-known for his two books ‘The Lazy Winner’ and ‘The Lazy Project Manager’. He was also the co-author of book titled Strategies for Project Sponsorship. He wrote about  the art of productive laziness and discovered what is meant by the ‘productive lazy’ approach to Projects. The main goal of his books is to teach people how to apply its lessons ‘to be twice as productive and still leave the office early’. Giving more than 200 presentations to over 20.000 people worldwide, confirm his authority and led him to speak at numerous global events such as: PMI Australia Inaugural Conference 2013, PMI New Zealand Congress 2011, IPMA Global Congress 2013, Project Zone – Future of PMOs 2012 etc.

Establishing completely new ground in building a PMO, Peter B. Taylor held inspirational workshops, just to mention a few of them: Leading Successful PMOs, Project Sponsorship, The Lazy Project Manager, Project from Hell etc. His mission is to teach Project Managers, Senior PM practitioners, Project Administrators, PMO staff and team members about effective project management and team efficiency in order to apply his favorite principle ‘work smarter and not harder’. As a Specialist in PMO development and leadership, Peter helped people through his consultation work to focus and direct themselves to leadership and success.

Peter’s approach on ‘productive laziness’, entered completely new concept on productivity and its effectiveness. In his concept of laziness, he did not promote literally to be lazy, yet he offered another path, more distinguished from an old pattern, named ‘hard work’. He continues to spread his knowledge and help people to better understand what really matters rather than rushing around and losing themselves in trivial, irrelevant activities. For his mission, a growing number of people who learn how to focus on things that will contribute in 80% and avoid the things that will not, is the best indicator of its success.