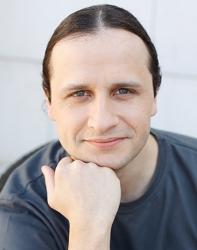 In one management article discussing common project management mistakes, it was identified that putting too many projects at once into production is a major reason for having failed projects. It has been observed time and again that starting many projects simultaneously does not necessarily get more things completed. With limited resources, people resort to multitasking, which results in slower efforts, decreased productivity and poorer work quality. A solution being promoted to help people and organizations do more things efficiently is through Lean principles and Kanban method. One person who passionately promotes these is Pawel Brodzinski.

Pawel Brodzinski has a Masters degree in Computer Science from the AGH University of Science and Technology in Cracow, Poland. He has held various company positions since 2000, which included being a member of software development teams as a software architect, developer or quality engineer. He also had significant experience in leading teams as a department director, program manager, chief operations officer, and finally as CEO. His expertise is in leading teams and helping them improve with the help of Lean, Kanban, and agile software development, as well as understanding and organizing work on different levels. Pawel Brodzinski can be reached on Twitter.

Pawel Brodzinski’s title includes Chief Cook and Bottle-Washer, in addition to CEO of Lunar Logic Polska, an offshore web development company based in Cracow, Poland that uses Ruby on Rails web development framework. Pawel leads a team of experts that has produced a good number of web projects since 2004. His profile in the company’s website described him as the leader, a persistent experimenter, a Lean and Agile coach, and a whiteboard enthusiast, which is a tool that Kanban uses very often.

In 2010, Pawel Brodzinski was a co-organizer of the TEDxKraków, an independently organized TED event that invites thought-leaders and public speakers who share about different important ideas in technology, entertainment, and design. In the 2012 Lean Kanban Southern Europe Conference in Madrid, Pawel delivered a talk titled Kanban Improvements: Emergent Behavior. He discussed how Kanban can be introduced in existing systems and processes, improving it without replacing the process, and therefore, does not result in resistance against it. Pawel speaks about building teams, change leadership, portfolio management, Lean principles and Kanban method, and he can be invited by organizations to hear his ideas and his practice.

Pawel Brodzinski has a blog on brodzinski.com called Software Project Management: Lean, Agile and Kanban. He writes about a broad range of topics, but all of them aim to help readers run software project effectively. The articles could be about the ideal team size, finding the right leaders, or about delivering value to customers. The blog also publishes what is called the Slacker Manifesto, statements that describe professionals who believe in some interesting principles including the myth of 100 percent utilization of a person and the value of slack time to improve the flow of work in the future.

One way to increase project delivery success is to reduce work in progress, the opposite of putting too many at once in production. It is a basic rule in Lean, Kanban and agile that Pawel Brodzinski passionately promotes. Multitasking or utilizing a resource 100 percent can be harmful. Also, people do not get paid because they have been fully utilized, but because they have delivered projects. Therefore, Pawel believes that leaders and organizations should aim to have work environments where projects are delivered effectively and optimally. And sometimes, this means letting people do nothing on occasions.