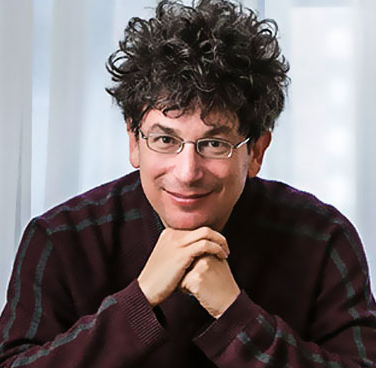 While working in HBO, James founded Reset, a website design company that focuses on entertainment companies. After 4 years, he sold the company and left HBO. With $15 million, he started to invest in Internet companies. But then, he lost it all in two years. He was hired to write about stocks in TheStreet.com, and there he learned to trade with hedge funds. He had some more ups and downs. But to date, he has co-founded 20 companies, has written for The Wall Street Journal, Forbes, The Huffington Post and Financial Times. He has also authored several best-selling books.

The Ten Rules For Success

James Altucher’s book Choose Yourself debuted on the The Wall Street Journal best-selling books list. USA Today ranked it as second among the 12 best business books of all time. In this YouTube video, we share his 10 rules for success.

In a Tedx Talk, James shared that in the 20 companies he started, he failed 17 times. Instead of almost glorifying failure and being happy with it, he suggested viewing failure as an experiment. The truth is, failing is unpleasant. However, just like Edison who stated that he experimented 10,000 times before inventing the light bulb, people should not be afraid to experiment until they get it right.

He shared that the average multi-millionaire in the USA has 7 sources of income. While he was working in HBO, he has his own company running on the side. He shared that it is always important to work your Plan Bs, as many of them as possible. Then, it will be easy to leave early from one venture that is not doing well.

3. Don’t Be Around Negative People

James Altucher recommended not to place yourself around people who put you down. Whether it is family, friends, colleagues or online trolls, you need to avoid them. He stated that it is useless to engage them or respond to them. However, they will try to get you involved in negative conversations, so people should be aware and just stay away from them. On the other hand, surround yourself with completely positive, inspiring and supportive people instead.

4. Have Meaning In Your Life

In an interview, James mentioned that meaning in the lives of people causes them to have ideas to help others. Just like the saying, when you help a million people, you get a million dollars. James believed that that idea of helping people also helps him exercise his brain to be full of ideas. And good ideas will come back to him with good rewards, financial or otherwise.

He recommended that people should try to be grateful every day, even in difficult situations. In an example, he stated that going into a particular city, he got stuck in traffic, and he was late for an appointment. It was a difficult time to be grateful. However, he told himself that it is an amazing city and he is grateful to be there. It was so amazing that so many people are coming and getting ahead of himself, that is why there was traffic.

James Altucher shared that he always get excited in delivering more for the customer. It is good to over-deliver throughout the business relationship, but it is easiest in the initial stage. During a launching of a website, he included a totally new section that was not in the scope. That section almost doubled their site traffic overnight. It is a good way to build a relationship with a customer by giving them a delightful surprise of extra services. This results in trust.

James advised that people should choose their own dream, and follow that first. They should not make a mistake of spending time and money on other people’s dreams. So the first thing to do is to figure out and decide for ourselves what our dream is.

He recommends to people that for 3 months, they try to write 10 ideas a day. James Altucher carries a writing pad around at all times. He believes that the brain is like a muscle, and the more you flex it, the better it gets. He stated that people need not try this exercise after 3 months, because they themselves will see the great improvement, and will continue to do it.

9. Make Your Own Choices

You should make your own choices, according to James. Unless you do, other people will make them for you. It can be your parents, your boss, your company, or your colleague. If other people make the choice for you, it will certainly be not as good for you, as compared to making it for yourself.

When asked, James shared that in publishing a book, he is good at writing the contents. However, publishing involves many other things, such as designing a cover, marketing, creating an audio book, and many more, that he is either not good at, or does not know how to do at all. So, he outsources from people who are good at it. Then, when a good product is sold well, he is able to pay all the people he outsourced, and still make some profit.

James Altucher is among LinkedIn’s Top 10 influencer. One of his books reached Amazon’s number 1 spot for motivational books on the year he released it. On the first year of his blog, it reached 5 million page views. But he is also not ashamed to tell people that he has been broke twice, even thought once of ending his life so that his children can get the proceeds from his life insurance policy. He is known to be a genuine and generous person, admired by many, and especially loved by his family. He has found the meaning in his life, and life rewards him with success for helping others succeed as well.