Five Costly Mistakes a Great Team Leader Makes Only Once 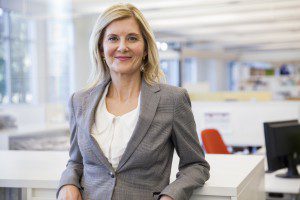 Legendary leaders like Gandhi, George Washington, and Bill Gates moved masses of people. And many books have been written about how they did so with strong leadership qualities. However, in today’s fast-paced world, being a great leader is even more challenging. You have to think fast, and act faster. There’s little room for mistake.

At Mavenlink, we work with innovative leaders every day. We’ve noticed some common qualities about them — mainly that they rarely make the most costly mistakes more than once.

Here are the five most common mistakes great leaders avoid, and how you can too.

Mistake #1: You Hire (or Promote) the Wrong Person

How bad could he or she be?

Really bad, it turns out.

A 2012 CareerBuilder survey estimates that bad hires could cost companies as much as $50,000 per year.

Ouch. That’s a lot of money. That’s potentially enough to hire two people for the same job and hope at least one of them turns out well.

You can’t hire multiple people, though (probably). You can avoid the common mistakes that lead to a bad hire, however. There are four common reasons for making hiring mistakes:

1. Trying to fill a job quickly
2. Not understanding the skills a role truly requires
3. Looking for talent in the wrong places (e.g., internally, on the wrong sites)
4. Failure to check a candidate’s references

If you hire from the outside, you’ll know the person’s skills and work history, but you might not know his or her cultural fit. Moreover, sometimes the person you interview is different — much different — than the person you hire. The person who greets you in the interview might wind up being different with how he or she works with the team and company in person. So you want to include cultural questions to the point you feel confident in a person’s true persona.

If you hire or promote from the inside, by contrast, you’ll know the person’s cultural fit and performance history in and out. What you might not know is whether or not he or she is right for this new role — and if there is someone better outside your door (figuratively).

Mistake #2: You Throw Someone Under the Bus

We get it: The urge to blame someone for a true mistake can feel strong, especially if your own reputation is on the line. But doing so will hurt your reputation more than protect it. Trust in your leadership can be eroded instantly when you throw someone under the bus.

The other repercussion to think about is the person you threw under. Chances are this individual has his or her own network. When you foster ill will between yourself and another individual, you risk word spreading that you’re not a great leader to work with or for.

Great leaders do the opposite, in fact. They protect those who report to them. They often bring out the best in their team by encouraging risks and using positive reinforcement to correct errors. They lead by example, actively admitting fault, bringing up solutions along with problems, and seizing opportunities to recognize individuals for times when they took initiative.

Mistake #3: You Send an Angry Email

In “The Lost Art of the Unsent Angry Letter, ” The New York Times describes how Abraham Lincoln used to write angry letters. Lincoln called these “hot ” letters. Remarkably, even honest Abe could get honestly peeved at the people he trusted.

Even more remarkable than that? Well, that’s that Lincoln wouldn’t send his hot letters. He would write them, cool off, and send a different letter that was more tame, emotionally speaking. Granted, it was admittedly harder to send a hot letter back during Lincoln’s days. Hitting send meant giving the letter to someone, possibly on a horse, for special delivery. But Lincoln realized the importance of sending only polished letters, stripped of angry language. He understood the power of positive language. Great leaders do.

And by the way, it’s not just words any more that define your tone. Click here to read about seven science-backed reasons to use emoticons when you write.

Mistake #4: You Try to Do Everything Yourself

“Even LeBron James couldn’t beat a five-person NBA team all by himself. ”

That’s right. Every great leader needs a great team behind him or her. You can’t play every position yourself. That’s why hiring the right people is so important. Getting the right group of specialists and team players working toward your vision is critical to your success. For more on hiring the right talent at the right time, check out this article on forecasting, hiring, and contracting.

Yes, you could do everything yourself. But is that the best use of your time?

Mistake #5: You Pretend to Listen

The best leaders listen to the experts around them. They find early adopters, influencers, and other visionaries who have big ideas on the future of the economy. Then they listen to them. Really listen.

Stephen Covey writes in 7 Habits of Highly Effective People that leaders should seek first to understand. And only then, should they try to be understood (by speaking up). A leader listens more than he speaks.

Plenty of leaders ignore great advice, insight, and ideas happening all around them. If you find yourself talking a lot, stop and listen. Really listen. You’ll be surprised at how much you learn.

To learn more about how Mavenlink can help you lead your team to even greater success, please visit our listing of tools for project managers.